StrongGuard Security UK LTD is fully committed to sustainable procurement and the fundamental importance of ethical sourcing. We have zero tolerance of modern slavery in all its forms in our own business and in our supply chain. This means not using forced or compulsory labour, and / or labour held under slavery or servitude.  StrongGuard Security UK LTD complies with the UK Modern Slavery Act 2015 in its entirety and will not support or deal with any business knowingly involved in slavery or human trafficking.

We are committed to:

We expects suppliers to:

The board of Directors of the Company has the overall responsibility for ensuring this policy and its implementation comply with our legal and ethical obligations.

In general, StrongGuard Security UK LTD considers its exposure to slavery and human trafficking to be relatively limited. Nonetheless, the guidance below has been produced to help identify and/or avoid such practices both within our business and our supply chain.

Contract for employment – Check that all staff, including agency workers, have a written contract of employment and that they have not had to pay and direct or indirect fees to obtain work.

Right to work – Check that all staff, including agency and subcontract labour have the right to work in the UK. BS7858 refers

Wages –ensure that all wages go to workers. Avoid cash in hand and cheque arrangements. Be aware that workers may be forced into debt and have bank accounts controlled by exploiters.

Share occupancy – Make sure your workers know their statutory rights including sick pay, holiday pay and any other benefits they may be entitled to.

Signs to spot potential victims – Check that workers are in possession of legal documents (passports, identification and their own bank account details) to ensure that they are not being held by someone else. Victims will often be forced to use false or forged identity documents.

Pay – Check that workers do not have their wages paid into the same account. This may be a sign of an illegal gang master collecting all their wages.

Transport – Are a group of workers dropped off or picked up at unusual times of the day, are they all taken to the same property.

Appearance – Does the person look malnourished, unkempt, or appear withdrawn? Are they suffering physical injuries? Do they have few personal possessions and often wear the same clothes?

Behaviour – Is the person withdrawn or appears frightened, unable to answer questions directed at them or speak for themselves and/or an accompanying third party speaks for them? If they do speak, are they inconsistent in the information they provide, including basic facts such as the address where they live? Do they appear under the control/influence of others and rarely interact with colleagues?

Medical Care – Does the person have old or serious untreated injuries? Have they delayed seeing a healthcare professional? Are they vague, reluctant or inconsistent in explaining how the injury occurred?

Fear of authorities – Is the person afraid of the authorities (police, immigration, the tax office)? Are they scared of removal or what might happen to their families?

Debt bondage – Does the victim perceive themselves to be in debt to someone else or in a situation of dependence?

StrongGuard Security UK LTD treat any suspicion of slavery or human trafficking within the business or our supply chain very seriously. Any concerns should be escalated to the board of Directors so that a full investigation can be conducted. 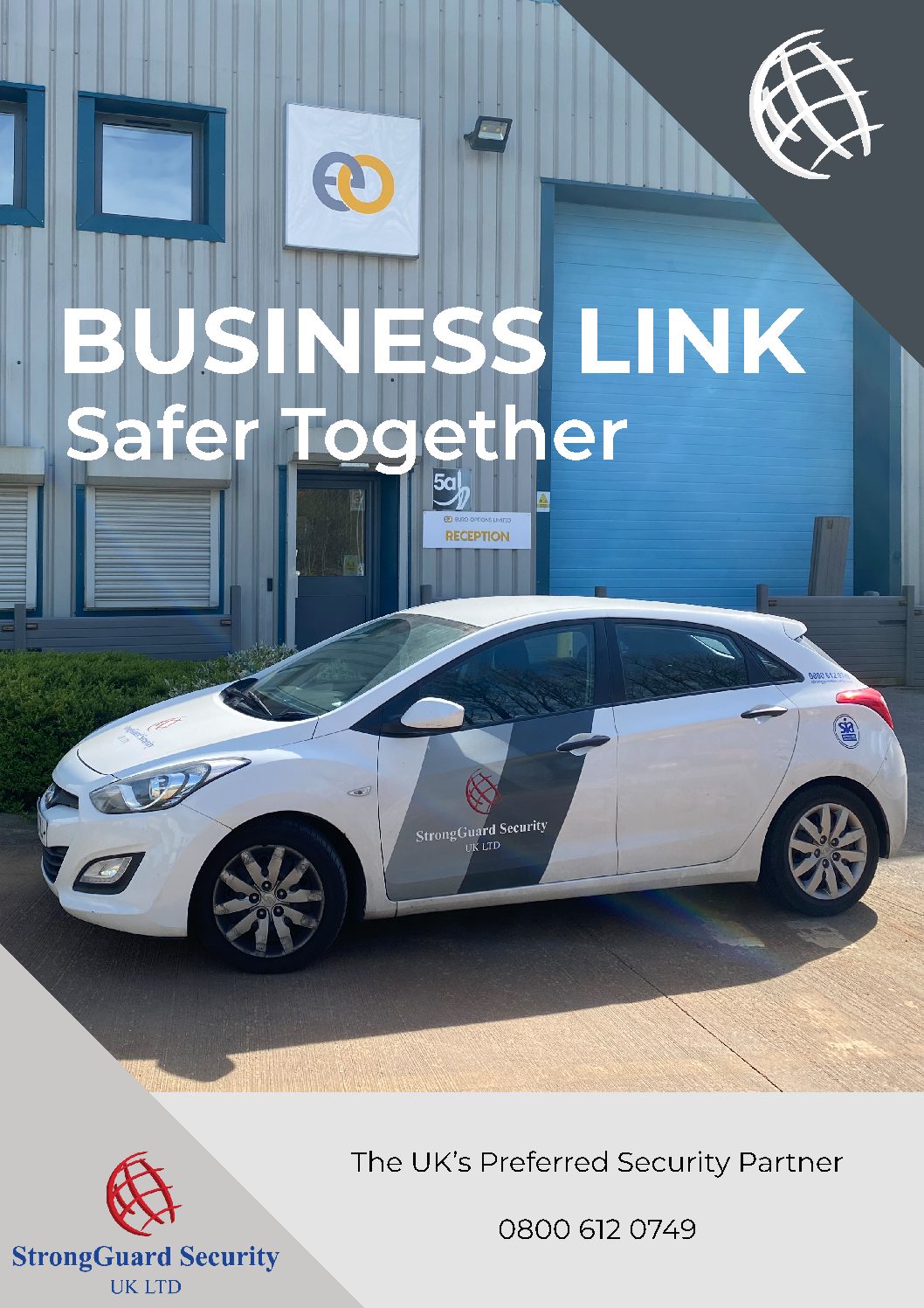 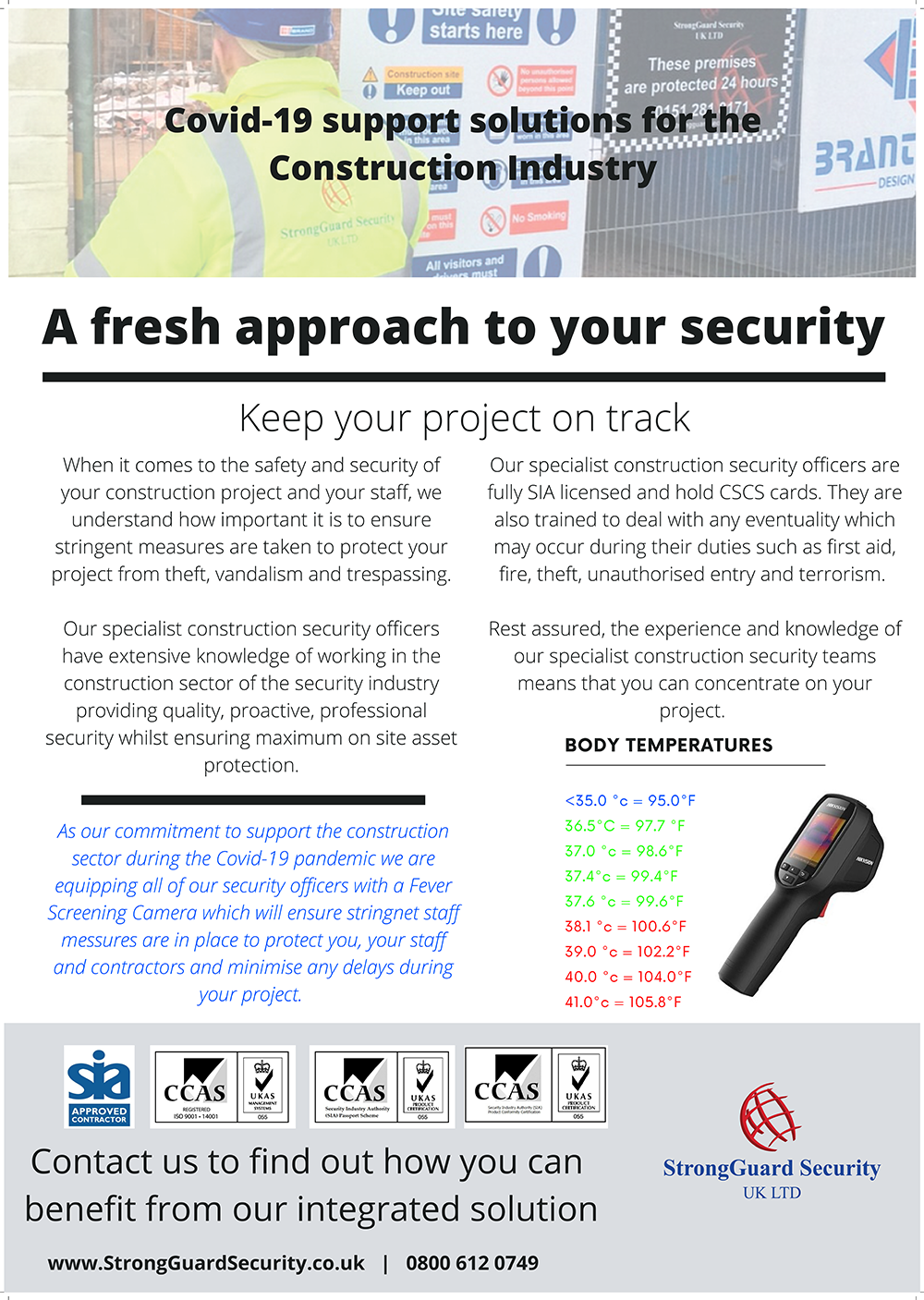